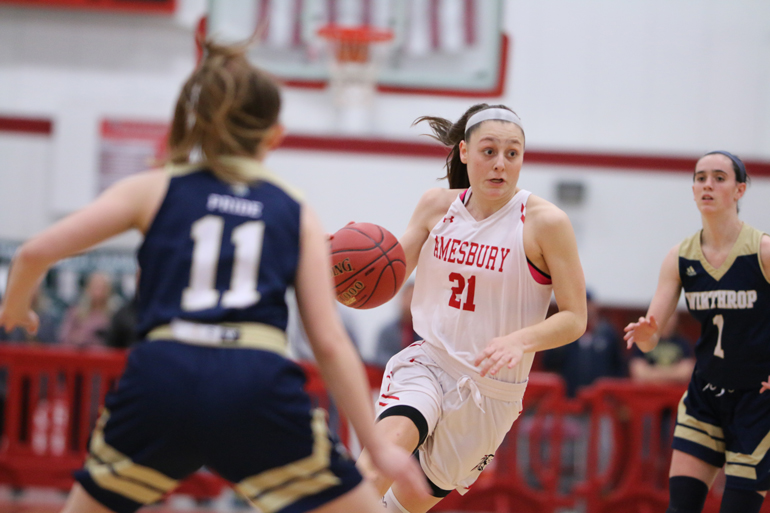 (Wakefield MA) Everyone knew her name.

There was chanting and singing. All in Alli Napoli’s direction.

And she smiled through it as Amesbury ousted Winthrop from the D3 North tournament with a 50-28 win on Tuesday night.

The Indians (20-2) get a rematch on Saturday against #1 seed St. Mary’s at the Tsongas Center. At stake will be the Division 3 North title.

The Amesbury defense was active and effective all night long.

And who could argue? Amesbury held the Vikings (15-8) to only a point over the final seven minutes of the first period and went off to a 16-3 lead. Winthrop never recovered.

“We struggled to score,” said Vikings coach Joe Lowe afterwards. “It’s been that way all year.”

The Indians played very little half-court offense because their defense was so disruptive. On this night their on-ball defense was influential in creating twenty-four Winthrop turnovers.

“If we can’t score in the half-court, we’ll struggle to generate pressure,” said Coach Lowe. “They played well defensively so they were part of the reason we had trouble scoring points.”